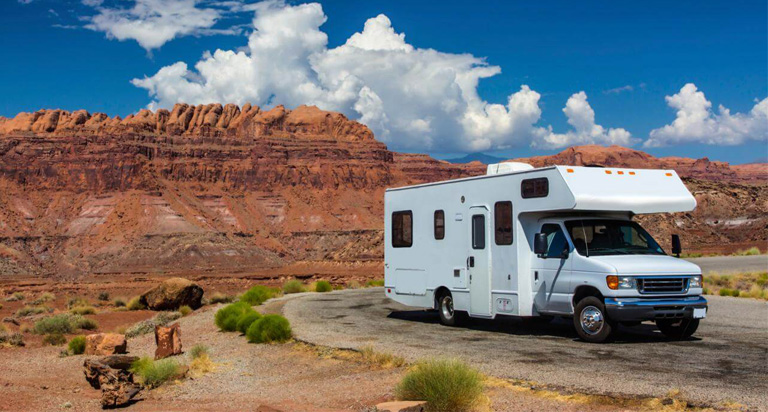 Why do trailers become so popular? First of all, the maintenance of summer cottage sometimes could be troublesome and very expensive. Therefore, such alternatives as motorhome rental, camper cars, trailers and other vehicles have become extremely popular. Now people can easily travel to any city or country, visit unique sightseeing places, while they are resting in their own motorhome.

Who first embodied the idea of a modern trailer in reality? Wally Byam was the first person who invented the concept of mobile home, he founded Airstream Trailer company. Once he published an article describing plans for the construction of a trailer for auto traveling. He was inspired by the idea of building a trailer and received a lot of enthusiastic reviews.  It is not surprising that after awhile mobile home rentals became the favorite way to travel. Motorhome rental is widely used for comfortable family rest due to their significant advantages.

The era of trailering and auto travel began in the 60s. The first motorhomes were constructed of wood according to simple drawings. Originally it was a house on wheels of small dimensions, more often it was circular shaped trailer with one axle, towed by a car.

Wally sold drawings of trailers and campers for $100 and after a while, he built his own trailer for sale. Sales were good, people liked trailers and they bought them at wholesale. Each new modification of the trailer debuted as a hit.

In 1934, there was a new name of the trailer “Air Flow”. In the development of this trailer were used сonstruction techniques to improve aerodynamics. They are still called so and they can be seen on all roads. He looked like a snail and still wasn’t like a modern trailer.

In 1936 Airstream Trailer proposed a new revolutionary model “Strimer”. In this model appeared: a kitchen-transformer, which turns into a bed, own water supply, generator, battery and electricity. There was also an air ventilation system and even an analogue of the modern air-conditioning. All these things are the standard feature set in modern trailers for rent in sacramento, but in those years it became truly revolutionary solution.

Unfortunately, in the trailers history there was also difficult times. The war was the reason for stopping the production of trailers. Motorhomes have become a luxury. Aluminum became an expensive material, there wasn’t enough rubber for tires, there wasn’t enough gas. The company was closed and resumed its work only after the end of the war.

Before long, the demand for Airstream trailers resumed and Airstream became one of the most famous trailer manufacturers in the world. The production of trailers was rapidly developing, the new models were introduced modern materials, technologies and equipment. The quality of motorhomes has improved significantly. Trailer travels have become more comfortable, technological and high-quality than ever before. All this allowed us to offer you modern trailers for rent in sacramento now!